Boxes don’t unpack themselves and other curiosities. 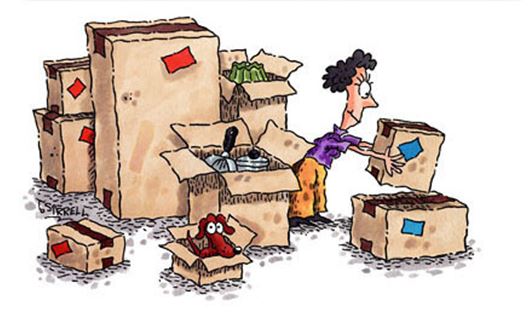 We moved into our new abode, or palace as friends and family jokingly refer to it, a little over two weeks ago. Over all the move went smoothly, even though something was stolen (cash), some thing was lost (a bookcase shelf – easily replaced), and Bear’s bed was slightly damaged. Other than that, it all seems relatively alright.  Since we didn’t move the exact day of closing we had five days to start bringing in boxes and get stuff put away. Smartest thing we did. Seriously. We brought in an estimated thirty boxes over the course of those five days and immediately put everything in it’s designated spot. We then reused those boxes. That saved us from having to buy more boxes, saved us cost from having the movers to take these boxes, and we had plenty of space in the house on moving day because we had fewer boxes to deal with. Of course, many of these boxes also held valued family possessions, fragile items which we would never entrust to anyone other than ourselves.

We’ve now moved in. Nothing has been decorated of course as of yet, that’ll come later. And then there is the curious case of the boxes that are still sitting around largely unpacked. I’ll walk up the stairs to the upper level, turn a corner and see a large box just sitting there.

“What are you still doing there, why haven’t you unpacked yourself?”
<silence>
“You were to unpack yourself, and fold up and ship out”
<continued silence, boxes don’t have vocal cords, but I swear it’s sneering at me>
“Just you wait, I’ll unpack you, then you’ll be sorry”
<silent judging>

So, today, I had originally planned to go to the old house and help my husband with yard work, but I’ve decided instead to unpack all remaining boxes and put everything away.

I swear I can hear them snickering from upstairs! 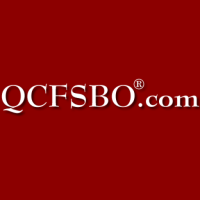 For Sale By Owner Real Estate

Every day an airedale: Kita

A Quiet Celebration of Life on a British Farm

................... for lovers of ice cream. Your free on line magazine for sweet frozen treats. Recipes, inspiration, artisanal ideas for your delectation.

The Sweaty Knitter, Weaver and Devotee of Other Fiber Arts

The Diary of a Retiree

A Vegetarian Food Blog with a Twist of Adventure